This news so big – I ain't going to say much more till I get to another post!

Customers can access Facebook for free on any mobile phone from Digicel’s wide range of data-enabled handsets; standard data charges do not apply

Tuesday, May 18th, 2010 – KINGSTON, Jamaica and PALO ALTO, California, USA: Digicel, the largest mobile operator in the Caribbean and fastest growing operator in Central America and the Pacific, today announced the launch of 0.facebook.com, which allows customers to access Facebook for free on their mobile phones..

By sponsoring 0.facebook.com, Digicel is enabling its customers to stay connected through Facebook with their friends and family from any mobile Web browser without incurring any data charges.1

Facebook’s 0.facebook.com site is optimized for speed – it is a new, faster, lightweight version of Facebook’s mobile site m.facebook.com. The site is easy to use, does not have graphics or photos and you can access 0.facebook.com’s pages quickly via Digicel’s Bigger, Better Network.

Photos posted on Facebook are only one click away from 0.facebook.com. Customers simply have to click on the link to the photo they wish to view on 0.facebook.com and they will be routed to Facebook’s mobile site where they can view the images in full. Standard data charges apply on leaving 0.facebook.com.

Digicel Group Commercial Director, Brian Finn, said: “Today’s announcement means that Digicel customers with data-enabled handsets can access Facebook over their mobile phones for free – no matter what type of handset they use. Digicel prides itself on providing customers with access to the latest technology. The ability to access Facebook – which is one of the most widely used social services in the world – over their mobile phone gives customers another fantastic medium to keep in touch with friends and family across the world.”

“We are always looking to work with innovative companies to provide simple and fast mobile access to Facebook across the world,” said Henri Moissinac, Head of Mobile Business for Facebook. “Thanks to our collaboration with Digicel, people will now be able to access Facebook for free through 0.facebook.com.”

After nine years of operation, Digicel has 9.1 million customers across its Caribbean and Central American markets and is renowned for competitive rates, unbeatable coverage, superior customer care, a wide variety of products and services and state-of-the-art handsets. By offering innovative wireless services and community support, Digicel has become a leading brand in the Caribbean and has placed the region at the cutting-edge of wireless communications. The company is also a recent entrant to the Central American market in Panama and Honduras, where is has 1.6 million subscribers.

In total, across its 32 markets, Digicel has over 10.7 million subscribers.

Digicel is the lead sponsor of Caribbean and Central American sports teams, including the West Indies Cricket Team and Special Olympics teams throughout the region. Digicel is also the title sponsor of the Digicel Caribbean Championships and the Copa de Naciones Digicel, which are the Caribbean and Central American qualifiers to the CONCACAF Gold Cup. And in the Pacific, Digicel is the proud sponsor of several national rugby teams including the Digicel Fiji 7s, Digicel Tonga Ikale Tahi 7s and 15s and the Digicel Vanuatu 7s and 15s. Digicel also sponsors the Vanuatu Cricket team.

Founded in February 2004, Facebook's mission is to give people the power to share and make the world more open and connected. Anyone can sign up for Facebook and interact with the people they know in a trusted environment. Facebook is a privately held company and is headquartered in Palo Alto, Calif. 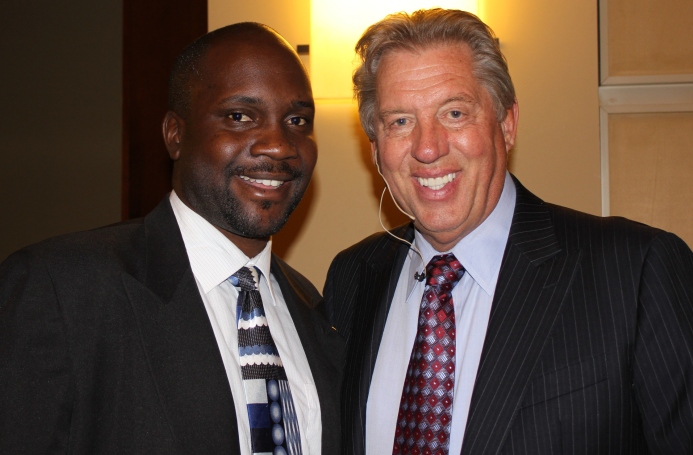 John C. Maxwell’s Trip to Curacao captured by Corey Graham 2.0. Corey writes about his experience at the Masters Of Excellence Conference in Curacao