Brewsters Road Crew reinforced a valuable marketing lesson I learnt at the start of this 2008 summer period during my time under “house arrest”.

Summer didn’t quite turn out as I had envisioned it. As a Vincy Mas Virgin, I was looking forward to my “first experience” of Vincy Mas 2008 then I was anxious to return to St. Lucia Carnival 2008 for a second consecutive “first experience” lol…. but it was not meant to be.

Without any warning I was reduced to BirdMan 2.0, just 2 weeks before Vincy Mas final weekend. I officially had Chicken Pox and was confined to my bedroom for 2 weeks!!!!

Those trips to Vincy Mas and St. Lucia Carnival morphed into distant dreams, the shadows of a former reality …. into just another episode of ‘wishful thinking’.

I could really appreciate how those Olympic hopefuls feel, when they manage to injure themselves just before the Olympic Games. Their dreams crushed. Well hmmm, maybe its 1000 times more magnified for them.. Anyways I made the most of my appointment to the BirdMan 2.0 post, once I had that a lifeline to the internet I was happy! Once I could communicate and blog. 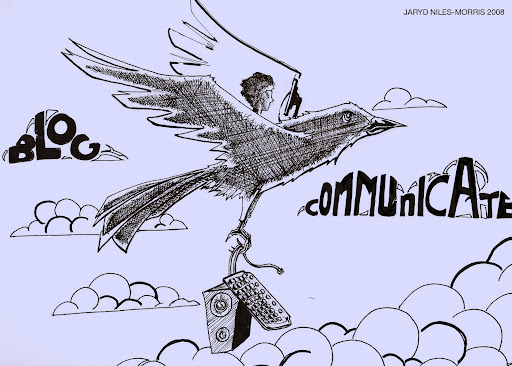 (Backstage manager – stop rambling and “showing off” – just get to the blasted point – Corey Graham 2.0 or whatever u call yourself.. )

During my daily online sweep as Birdman 2.0, I came across a speech delivered by one of my favourite bloggers & marketing gurus, Seth Godin at TED : Ideas Worth Spreading.

(TED is an annual conference brings together the world’s most fascinating thinkers and doers, who are challenged to give the talk of their lives (in 18 minutes)Click here for more info on TED)

Seth Godin’s speech, on making ideas spread really hit me hard, and got me thinking. I posted almost immediately to this blog. And then I saw it play out with Brewsters Road Crew extraordinary success over the Crop Over 2008 season.

It would help alot if you watch the video first,

I strongly recommend that you take the time to watch the video. Its highly recommended by Corey Graham 2.0.

Brewsters Road Crew (www.brewstersroadcrew.com) are known for their hardcore partying during carnival season. This was what fueled their concept for their events. They wanted to create events that hardcore partiers like themselves would enjoy.

The party would not end till 8, 9, 10, 11 am the next day, it was to be wall to wall soca. All soca, and All Party. There was even a cage made to lock up people who did not party hard enough.

Brewsters Road Crew focused on the people on the fringes. They focused on those people who are passionate about carnival, they focused on hardcore party people. They didn’t try to be mass market. They chose a niche market and focused on it. I am sure that those persons enlisted to assist them, were clear on the vision for the events.  And it spread…

Their idea spread. It caught on like wild fire, like the ipod or the blackberry. They were able to cross over into many different markets and age groups simply because they had something which was REMARKABLE. They had something worth talking about.

It was definately worth talking about. It was REMARKABLE. I would never forget going to Brewsters Road this year.

Its been on my mind the whole day! After browsing the new LIME website this morning,my mind has been racing all day. Don’t know what I am talking about?   Its the “new company”, Cable and Wireless is bringing to the people of the Caribbean – L.I.M.E. – Landline Internet Mobile and Entertainment. Its out […]