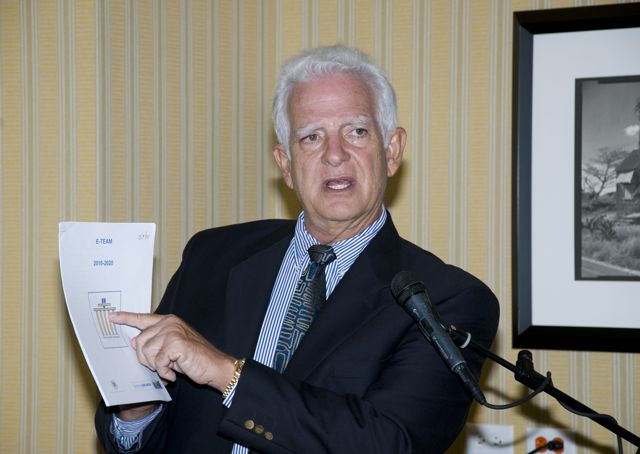 When I first heard it, I was doubtful as you might be right now. To be quite honest it took me about a month to get my head around this vision. In retrospect I believe it is because I have not heard such a big all-encompassing vision for Barbados in some time. It really is big and encompasses everybody.

I am at now are the point, where I am beginning to truly believe in this vision. Its new to you right now so I will keep it simple, and let you digest it.

One thing I will say though which I learnt from a famous stock broker, being the #1 Entrepreneurial Hub in The World does not mean being the biggest. It just means being the best. Best does fluctuate depending on the yardstick you use but we will get into that in another post.

For now, as you read the press release below, ask yourself,

BARBADOS can no longer depend on traditional modes of economic stimulation, but look towards an economy that will deliver sustainable growth. That is the message from the newly formed Barbados Entrepreneurship Foundation, which was launched at the Hilton Barbados on Tuesday.

During the launch, the Foundation also announced its first project  – The Barbados National Entrepreneurship Summit to be held on November 16 and 17.  In his inaugural address, Chairman of the Foundation, Peter Boos, Chairman Emeritus of Ernst and Young Caribbean, warned that the economies on which Barbados traditionally depended, were themselves depressed and in recession and thus had caused the Barbados’ fiscal picture to deteriorate over the last three years.

“What is needed is an economy that will deliver sustainable growth.  We cannot wait until the end of the recession and go back to business as usual, in the words of Richard Florida, Barbados needs to ‘reset’ “, said Boos.

For that reason, Boos said, the new Foundation had a “really transformational vision.”  “Barbados will become the #1 entrepreneurial hub in the world by 2020”, he said.

He said the Foundation with the help of key stakeholders would transform Barbados into a place where “entrepreneurs from all over the world converge to do business because of the facilitative eco-system that is to be built in the country over the next ten years”. He stressed that sustainable economic growth and jobs and wealth creation can only be sustained by Barbadians engaging in global business through the export of services and goods.

“This Foundation’s vision is built on five pillars to which Barbados has to become the best in class: finance, government policy, education and skills, mentorship and business facilitation.

“The vision is therefore dependent on the coming together of a number of key stakeholders, the most important being the Government.”

“We were very pleased after discussing our mission with Prime Minister, David Thompson that he gave us the full support of his government and mandated us to accomplish the vision”.  Boos said the Prime Minister’s support was the catalyst behind the foundation truly believing that the vision though far reaching, was achievable. He said the Opposition had also supported the Foundation’s vision.

The launch was attended by an impressive line up of founding sponsors.  One such sponsor was president of the Barbados Bankers’ Association, Robert Le Hunte, CEO and Managing Director of Barbados National Bank, who said the Foundation’s goal was an ambitious one, but one that his organisation would be happy to be associated with, since according to him, banks traditionally had developed a reputation of “killing the entrepreneurial spirit”.

Le Hunte said that he would encourage all local banks to support the project which would “help build the ecosystem and make sure that it is sustainable from the get- go.  We are not blessed with a lot of natural resources other than the beauty of the island and its people.  This is a real opportunity to build a sustainable Barbados and we look forward to the developments.”

CEO of Digicel, Barry O’Brien said the shareholders and the chairman of Digicel, Denis O’Brien, himself an entrepreneur, were very keen on the project, which he agreed was ambitious, but “just what Barbados needed to drive the economy in the future.” He said his company stood ready to play its part in the Foundation and helping particularly in the area of information technology. 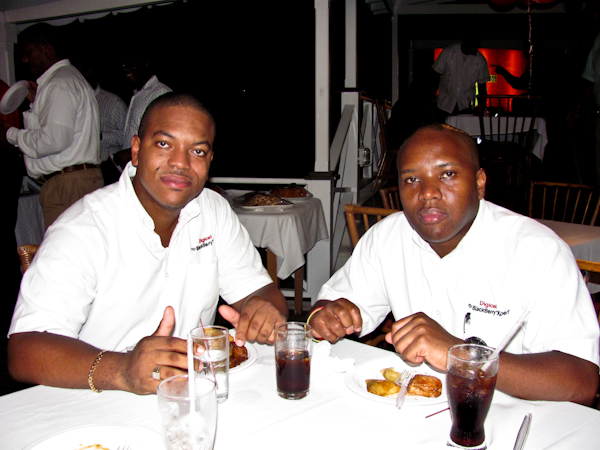